Sensing of smells and flavors relies upon detailed matching of bond lengths between the atoms of the stimulants and the sensory receptors. Locating a comprehensive list of bond lengths is difficult. The following figure shows the nominal bond lengths collected from a wide range of texts, papers and other sources during the development of the Electrolytic Theory of the Neuron and Neural System. Only a few sources are cited. The author can supply other sources on request. 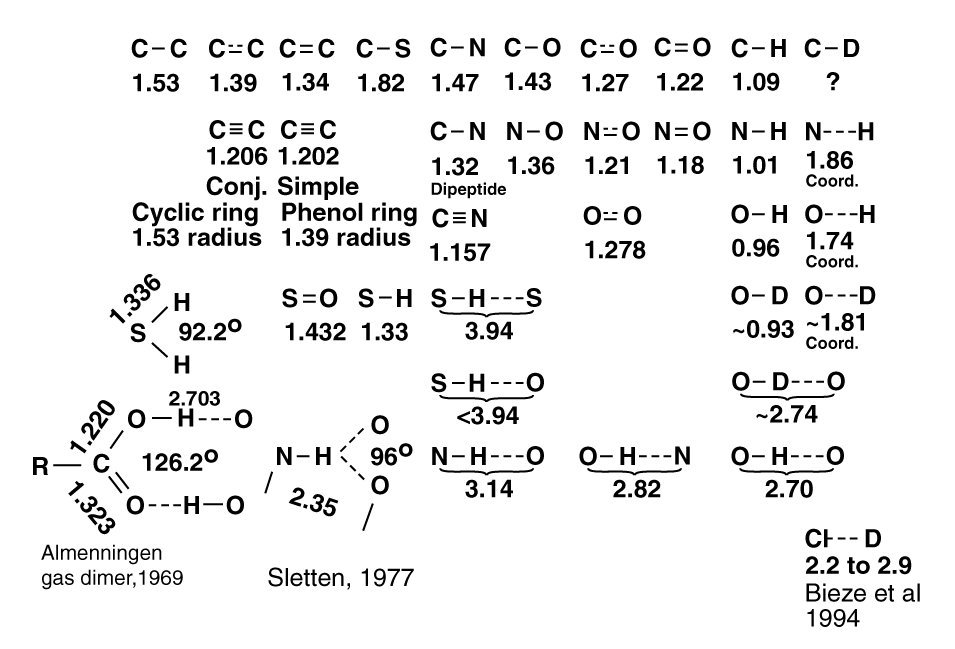 The values are frequently given to two decimal places, and occasionally three. The actual precision of the values is probably only two significant figures because, the bond lengths are impacted by the conformation of the overall molecules. Crowding is a real phenomenon in most molecules, particularly the organic molecules. The result is slight variations in atom to atom bond lengths among even apparently similar molecules.

In taste and smell research, it is important to note the conformation of the molecule is particularly important. Using Haworth diagrams to evaluate chemicals involved in these modalities is insufficient. Both the bond lengths and the bond angles are important in understanding the roles of these molecules, since it is the three-dimensional distance between specific orbitals (a short list of atomic species with unshared electron pairs) that is important in determining whether a chemical can be considered a gustaphore or olfactophore.